Marjan Verkerk attended the Academy for Visual Arts in Arnhem, at the drawing and painting department. She paints and draws but also takes photographs. She has had exhibitions at home and abroad, but also completed multimedia projects: visual art in combination with music on stage.

With her Croatian-German colleague, Milica Reinhart, she initiated two major international art projects, in which she also participated as a performer: Visible Visions in Johannesburg, South Africa at the occasion of the UN Conference on Sustainable Development in 2002, and in 2008 Sehnsucht after Ebene 2: an art project for a large road bridge in the Ruhr area consisting of colour and light. Both projects are based on interviews with local residents. 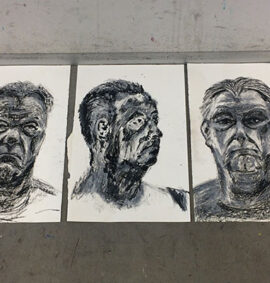 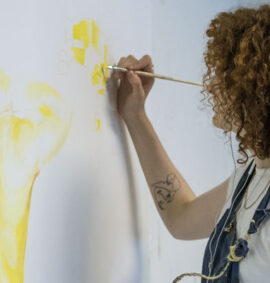 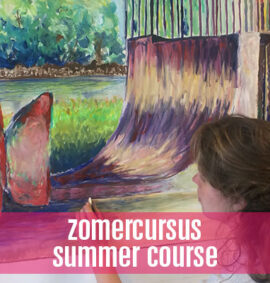