In 2015, Ike Krijnen (1984) entered into the world of spoken word. After a performance at RADIATOR (Amsterdam, PoetryPusher) a nomination for the Van Dale Spoken FM Awards soon followed. Since then, Ike has been performing in theatres, at events and festivals, and writing on commission. As one of the earliest members of Spoken Agency (previously Clubspoken) he has turned spoken word/storytelling into a fulltime job. He also writes poetry autonomously, and acts as editor for the English poems under his pseudonym I.G. Karfield (online since 2009).

Ike studied poetry at, and graduated from the Schrijversvakschool (Amsterdam) in 2018. His thesis was well received by the reviewers, poets K. Michel, Runa Svetlikova and Erik Jan Harmens. The poem ‘opa vertelt’ (grandpa speaks) was published in the anthology Goudlicht en avondschijn (GOLD LIGHT AND EVENING SHINE) by Turing Foundation/POëZIECENTRUM (2017). 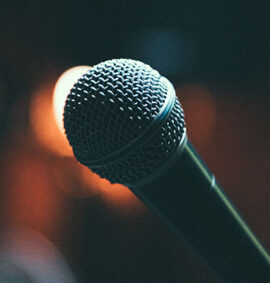 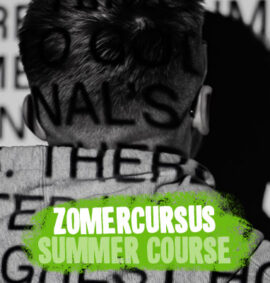 Spoken word
Ike Krijnen
View more
Search
X
We use cookies to ensure that we give you the best experience on our website. By continuing to browse this website, or by clicking "Ok" you consent to the use of cookies. Read more information in CREA’s privacy statement.Ok